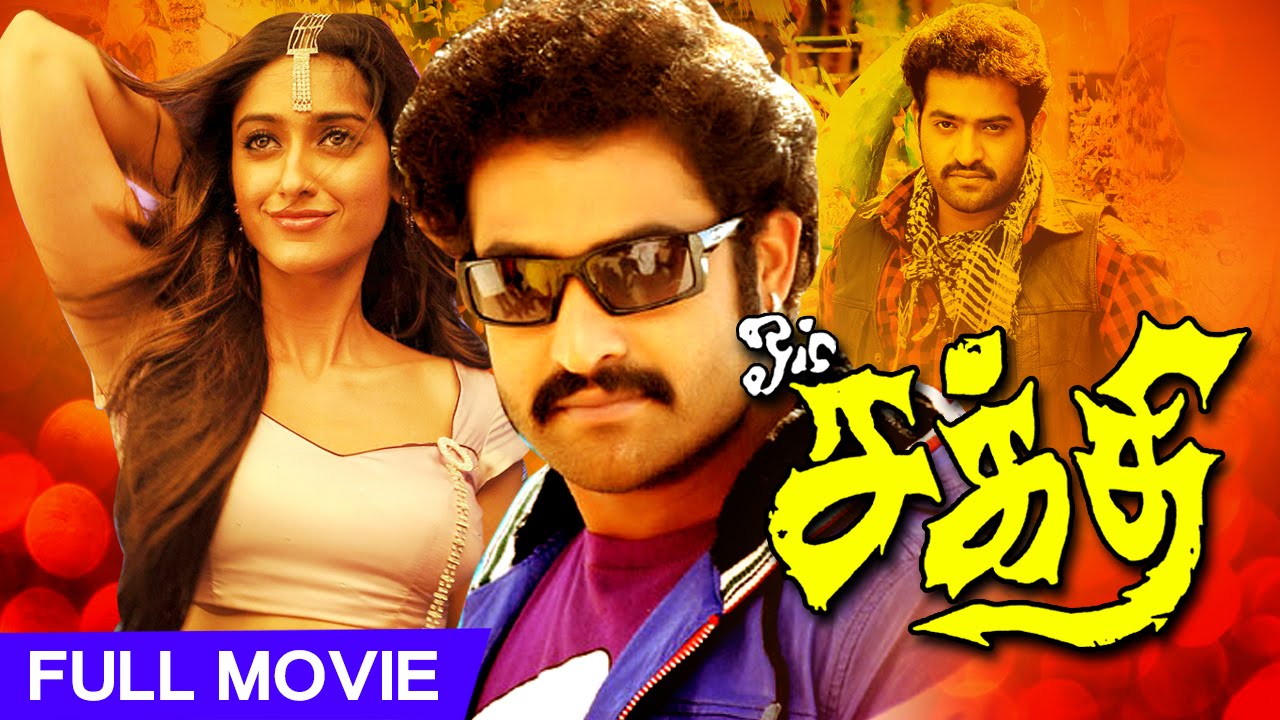 Aishwarya (Ileana D’Cruz) is the daughter of central union home minister Mahadevraya (Prabhu Ganesan). Due to security reasons, he doesn’t allow his daughter to go on a trip with friends. She nonetheless goes to the trip. She then meets a guide, Shakti (Jr. NTR), who takes the group on a trip to several places. At first, she hates him because he uses every chance to get money from her. But when he saves her, she starts liking him. Afterwards, a few people who are chasing her finally find her in Haridwar and try to kill Shakti as he hurt them earlier. Their plan fails as Shakti turns out to be a Secret Agent and defends himself and catches the main person in this plan. When Aishwarya goes back to her father, he forgives her and asks whether she had taken a box in which there is a holy stone. When she replies in the negative, he says that it is more important than his own daughter. Later, when Shakti goes to a temple, the box falls off a basket his mother brought with flowers on top of it. They inform Mahadevaya who asks them to immediately come to Hampi with the box and Aishwarya. Their travel is blocked by a strong man named Raakha who is son of an Egyptian enemy Faqtooni (Pooja Bedi) who is then defeated by Shakti. He then kills one more person who tries to grab the box. Then Mahadeva Raya and a Swami (Nassar) come to him and then the flashback is revealed.

It is said that Mahadeva Raya’a father Vijayraya (S. P. Balasubrahmanyam) was a royal king who was extremely generous and had the blessings of god which gave him the power that whenever he touched the stone, it used to shine brightly emitting light. He reveals that apart from the 18 Shakti peeths there is a secret one which protects India and only their family knows of it. There is also a protector who guards it at all times. His name is Rudra (Jr. NTR). After every 27 years, they must go to the shakti peeth where the protector will perform several spiritual rites which must be compulsorily performed. When he starts performing them, an Egyptian king Mukhtar (Sonu Sood) who knows of this comes to destroy the shakti peeth. The protector kills the king but a person who works under the Mahadeva Raya’s father, Janaki Varma (Jackie Shroff) cheats him and kills both the protector and Vijayraya as he sought money from the king. He also steals a sword (Maha Trishulam) which is necessary for the rites to be performed. When the protector is killed, his wife (Manjari Phadnis), at the same time, delivers a baby boy (Shakti) whom Rudra gives to his loyal servant. The servant tries his best to save the boy but circumstances force him to throw the boy into the river. The boy is then found by a childless couple who adopt him. After finding out his past, he sets out for revenge.

Shakti then goes to Janaki’s country where he is presently the underworld don and a multimillionaire. He kills Janaki and gets the sword. Finally he goes to perform the rites but is stopped by the Faqtooni and her powerful son Raakha who comes back and cannot be defeated. The swami then tells him that the strong man can only be defeated by damaging his eyes. He then kills him and performs the rites.

tube
16.9M
“Girls Like You” is out now. http://smarturl.it/GLY For more, visit: https://www.facebook.com/maroon5 Tweets by maroon5 https:...