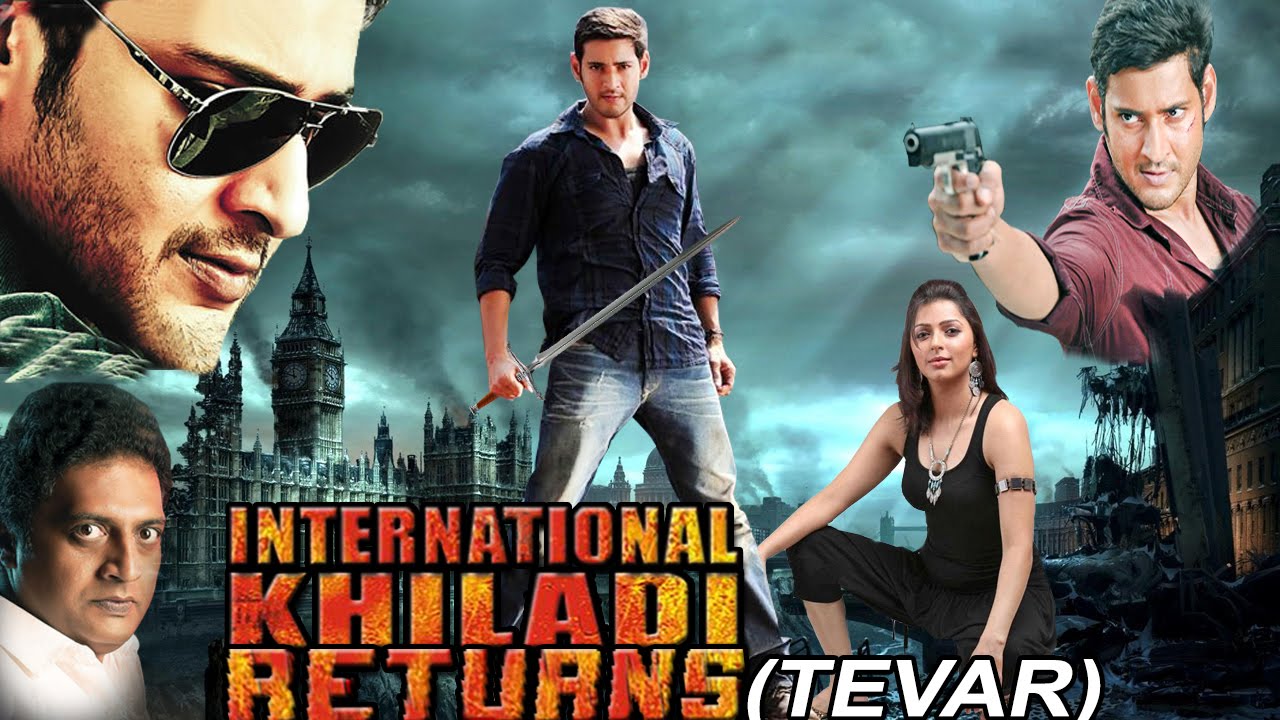 Cast : Mahesh Babu,Bhumika Chawla,Prakash Raj,Mukesh
Rishi,Geetha,Niharika
Director: Gunasekhar
Dialogue: Paruchuri Brothers
Producer: M.S. Raju
Music: Mani Sharma
International Khiladi Returns is an Action based movie. In which, Obul Reddy (Prakash Raj) is a factionist in Kurnool. He falls in love with Swapna (Bhumika). Obul Reddy kills Swapna’s brother (Achyut) when he passed a remark about the age difference between Obul Reddy and Swapna. Obul Reddy also kills another brother of Swapna. Horrified by the impending danger, father of Swapna gives her certificates and money and asks Swapna to go to her uncle’s place in USA. Obul Reddy catches her when she starts traveling.

Ajay (Mahesh Babu) is a Kabaddi player and is the son of an Assistant Commissioner of Police (Mukesh Rishi). At this juncture, Ajay – who is in Kurnool to play Kabaddi games – rescues Swapna from the hands of Obul Reddy and takes her to Hyderabad. Ajay takes Swapna to his house and hides her in his room. Ajay, with the help of friends, arranges passport, visa and flight tickets for Swapna.

Hindi Films 2017is a Official Youtube Channel. Here you’ll be updated with some of the best Hindi Entertainment Movies in [HD].ONE STOP SHOP for the Best Hindi Action Movies, Drama , Comedy , Romance , Horror Movies ,Upcoming Bollywood Films, South Dubbed, New Released Hindi Movies, Hollywood Dubbed Movies and a host of other Action Dubbed Movies for you to entertain 24 hours. Now Watch Premiere of New South Dubbed Hindi Movies & Best of Bollywood Movies 2017 a whole spectrum of songs, trailers from South Indian dubbed movies in Hindi have been put up dedicated for viewers from all over the World.

Subscribe to our channel and stay up to date on our latest Updates!